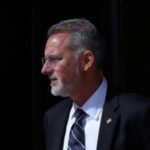 BOSTON, June 16 (Reuters) – A wealthy father on Thursday was acquitted of charges that he bribed a Georgetown University tennis coach to secure a spot for his daughter at the elite school in the final case linked to the U.S. college admissions scandal to go to trial.

Amin Khoury, a son of the co-founder of aircraft interior maker B/E Aerospace, was found not guilty of conspiracy and mail fraud charges in a case that spilled out of the ‘Operation Varsity Blues’ investigation, prosecutors said.

Khoury’s attorneys did not immediately respond to requests for comment. Defense lawyer Roy Black told jurors last week that Khoury’s daughter entered Georgetown on her own merit and that the money was a “gift” to a “lifelong friend.”

The admissions scandal has seen 54 people pleading guilty or being convicted at trial, including actresses Lori Loughlin and Felicity Huffman. Prosecutors say the parents sought illegal advantages in the college admissions system for their children.

Khoury, 56, was not accused like other parents of working with William ‘Rick’ Singer, the college admissions consultant who admitted to masterminding a scheme to help clients’ children secure seats at elite universities through cheating and bribery.

But prosecutors said Khoury agreed to pay $200,000 to Georgetown tennis coach Gordon Ernst, who in October pleaded guilty to accepting more than $3 million in bribes to help children of Singer’s clients get into Washington, D.C.-based Georgetown as fake athletic recruits.

Prosecutors said Khoury flew from Massachusetts to Florida in 2015 to hand a brown paper bag containing much of the agreed upon money, $180,000, to a middleman, Timothy Donovan, to give to Ernst for help getting his daughter admitted as a recruit.

Khoury’s father is Amin J. Khoury, a founder and former chief executive of B/E Aerospace, which merged with Rockwell Collins Inc in 2017